How Cats Can Help Children With Autism Become More Social

THIS POST MAY CONTAIN AFFILIATE LINKS. PLEASE READ MY DISCLOSURE FOR MORE INFO.

How Cats Can Help Children With Autism Become More Social

A lot of people characterize cats as being aloof. Despite this, there has been promising research to show that they can help children with autism to be more social. Widely documented in scientific literature, pets can help children’s emotional intelligence and make them feel safe.

For that reason, they contributing positively to their mental health. Now more studies are coming out suggesting cats aid ASD children. Cats are helping them feel calm and happy when playing with them and also developing social skills for children with autism.

Recent research from the journal Frontiers in Veterinary Science has demonstrated that cats are highly affectionate towards children that have autism spectrum disorder (ASD) and that they can provide a lot of benefits, making children with ASD become more social. This particular study provides evidence that interaction between children with autism and cats can bring about positive relationships.

A study conducted whereby parents noted family cat behaviors as well as their child’s response. Comments on interactions between cat and child were taken into consideration, much like how allpetsexpert.com uses only the best research. The data comprised of four primary categories; cat behavior, child behavior, sociodemographics, and interactions. Children that participated in the study were typically male and aged between 6-9 years.

What Has The Research Found?

Findings revealed very positive results for children with ASD with most cats showing affection towards them. Surprisingly, the level of companionship was generally high. Aggression reported was low, suggesting a preference of cats to children with autism. Children generally showed signs of affection towards their cats. They enjoyed interacting with them, cuddling and playing with them for significant periods.

Of this research, over 40 parents whose children had ASD interviewed was compiled to give data on their children and cat. Data collected showed that the majority of cats were not aggressive towards their child. For those that displayed signs of aggression, the level did not vary with ASD type.

In contrast, researchers were also able to determine that the gender of the cat did not have any significant correlation between factors studied.

Most noteworthy, parents often said that children loved their cat, talked to it and interacted with it. With cats often considered aloof, this result is outstanding.

In conclusion: Implications and Findings

Living with autism can be challenging, but research conducted has highlighted the importance of choosing a cat with traits that would suit an autistic individual. Such as an affectionate cat with a social and calm personality. For the first time, this exciting research that has indicated that cats may have positive uses for children with autism.

As a result, there are so many rewarding relationships awaiting for children with ASD and their cat. Do you have a child who has ASD? Have you wondered how to help a child with autism? Get in touch with us below and share your thoughts. 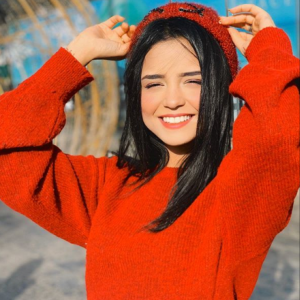 Betty Wilson received a bachelor's degree in biological sciences and entered Brighton College, England, in the Faculty of Veterinary Medicine. After graduation, Betty plans to work as a veterinarian, and begin her career in the field of clinical psychology. Together with allpetsexpert.com, she helps veterinary clinics and shelters in caring for animals. She often writes blogs and articles about how animals and people benefit each other.

5 Helpful Tips for Raising a Child With Autism

9 Tips for Traveling With a Special Needs Child

Autism and Coronavirus Quarantine – How to Manage the Daily Routine

Alicia Trautwein, the creator of The Mom Kind, is a writer and serial motivational speaker. Raised in Mississippi, she now lives in Saint Louis, Missouri with her husband and four children. On her blog, she shares the ups and downs of raising three autistic children while being on the autism spectrum herself. When she’s not working with her children or website, you can find her at church or curled up with a good book.

This site uses Akismet to reduce spam. Learn how your comment data is processed.