Diagnosed with Autism at 8 years – Our Daughter’s Journey

THIS POST MAY CONTAIN AFFILIATE LINKS. PLEASE READ MY DISCLOSURE FOR MORE INFO.

Our household has been through two separate autism diagnosis.  First was our son at age 23 months, then our daughter diagnosed with autism at age 8.  After that, our older daughter also received an Autism Diagnosis at age 11.

Below is the story I shared about the process leading up to our younger daughter being diagnosed.  I learned very quickly that autism is different in girls.  So much so, that it is often missed.  She had been going to doctors for years until we found the right doctor.

Since then, our lives have changed for the better.  I wanted to continue sharing this post as I feel it may help another family.  If you feel that the doctors are just not figuring it out with your child, trust your instinct and find one that will.  I hope our story inspires at least one person, but hopefully even more!

Diagnosed with autism at age 8

Meltdowns have become a part of our daily life.  There was one over the summer that really started my questioning of what was truly going on with our daughter.   We had gone to turn in their summer reading programs, and pick up their prizes which was a new book. As we walked in, she saw they had mine-craft books on display.  She asked if she could have one, and I explained she would have a choice from the books on the reading programs shelf.  I sent all three of my daughters to pick their books while I worked on getting one for my son. I quickly choose them as my son was now running around the library.

Everyone had picked out their books except her.  My son had worn my patience down, and I was extremely overwhelmed.  I told her that she needs to pick a book and tried to help her.  She just couldn’t do it, and didn’t want help picking one out. This went on for at least another five minutes before I decided we had to leave.  That wasn’t the answer she wanted and it led to a huge melt down! It all ended in her throwing herself into the floor, screaming her head off.  I handed my son to our oldest daughter, picked her up off the floor screaming and kicking.  I carried her out, and we went on about our day.

Incidents like this started happening more often. She had been going to a private school, and we just knew they didn’t have the right resources to help her.  We had tried  occupational and speech therapy, but without a diagnosis the insurances wouldn’t cover it.  I desperately searched for answers, but were coming up without anything.  She had been on medication for the last year or so for depression.  We weren’t seeing the right type of improvement with the medication, and spoke with her doctor to take her off of them.  We wanted to see who she was without the medicine, to try to find her the right help.  After taking her off the medication, we didn’t see any depression symptoms.  What we saw was frustration and meltdowns.  Constant arguing with her sisters, and just unable to find her way.

Prior to starting the new school year, I emailed her new teacher to make her aware of the situation.  I was amazed at how well the teacher and school helped us.  The counselor was immediately able to put a game plan together and help with meltdowns in the classroom.  We had several times where the principal would have to come remove her from the class, but it was to help her calm down.  This is when they put us in touch with Crider.  Crider is a local behavioral health group that offers its services within the school.  We were put on a wait list for her to began speaking to the Crider therapist.

At this point, I was emotionally and mentally exhausted.  We had just received out sons autism diagnosis and were starting to find a normal for our lives again.  I received a note from her doctor that she would be moving offices.  So when the therapist from Crider called just to check in and offered the information to see specialist at the Crider , I took it willingly.  I figured a new doctor might be able to give her a diagnosis and some direction on how to help her.  We scheduled an appointment for Halloween morning, which was only a month away.

Life moves fairly quickly around here.  We celebrated our sons 2nd birthday and middle daughters 10th birthday, a day apart.  As their birthdays fall at the beginning of October and her loves pumpkins, we decided to have the family party at a local pumpkin patch.   After the party, I came home to upload my pictures into google. I love photography and there something awesome about that pumpkin patch.  I remembered that my first photos in google photos was from the pumpkin patch, five years ago.  So I started reminiscing over this photos.

As I flipped through, I found a video my husband had taken while I was snapping pictures. I had seen this video several times prior, but I saw it in a new light this time.  In the past, I had heard myself repeating our youngest daughters name over and over to take the picture.  I  have always been somewhat embarrassed by this video as I felt I was being an overbearing mother.  This time though, I saw a little girl not answering to her name, swinging away in the tire swing.  It hit me like a rock.

The next hour or so, I just sat there at my computer.  I played through her life in my head.  I realized how eccentric she had always dressed.  Her odd collections, her speech delay as a child, her melt downs, everything.  This is when I started wondering if we had missed all the signs all along.

The Seemingly Long Process to a Diagnosis

We went through the first intake interview with her that lasted a few hours.  Going over symptoms, family history, and what not.   An appointment was made with a psychologist at the location closest to us for her to speak with on a weekly basis.  They also gave an appointment with another psychologist to establish a diagnoses, as well as a psychiatrist.  We saw the counselor and made a discussed what our concerns were.  She stated she could see the autism signs we were seeing, and we explained the process of the other appointments.  We would do an initial appointment with the other psychologist, then a three our psychological evaluation.  If that evaluation showed she might have signs of autism, then we would go on to an autism evaluation.  Even her psychologist apologized that this was such a lengthy process!

All these appointments became back to back and a huge blur!  We attended the next evaluation and that went, well it went.  I had my son with us, and having the two of them in one room while trying to a doctor wasn’t easy.  We were given some forms to fill out at home, and scheduled the three-hour evaluation.  A few days later, I received a call that the psychologist that was going to do the evaluation wasn’t in network.  I’ve learned to take bad news a changes pretty easily, so we scheduled an appointment for a couple of weeks out.  Some how, I had scheduled myself silly.  Between myself, youngest and middle daughter, we had scheduled five appointments in two days!  This was going to be a busy week!

At the therapy appointment the week prior to this, I talked to the psychologist to ask if we even needed to go to the psychiatrist appointment since we were still searching for a diagnosis.  She thought it would be a good idea to go ahead to the appointment, so we could become an established patient.  Since they both worked at the same location, she would speak to the psychiatrist about our case.  Monday came around and I received a call that the insurance had not yet given a pre-authorization for the three-hour evaluation and we would need to schedule it out a couple of weeks.  This was a little frustrating, but it did lower the amount she would need to miss school this week.

Along came Wednesday, and we did our next scheduled weekly session.  This went well until the end where she had a complete melt down.  Even though she followed the schedule through, she felt her “free time” at the end wasn’t long enough.  The appointment went about fifteen minutes over and ended with me carrying her out.  We went and bought some breakfast and came back to meet the psychiatrist.  I wasn’t expecting much from this appointment.

The psychiatrist seemed  very nice. She was professional, and led the appointment with a multitude of questions, that lasted for close to an hour.  During this time, my daughter  was keeping herself occupied.  She was spinning around the office, tying her scarf to things, and crawling all over the place.  When the doctor asked her questions, she did answer  but never would look the doctor in the eyes.  I assumed this would end with the doctor saying she saw signs, but we would find out more from the next appointments. However, it took a fast turn I wasn’t expecting.

Now the appointment is over, and I assume she will tell us to wait for some more testing.  This isn’t the case though. The doctor just came out and said “She has autism spectrum disorder, adhd, and anxiety.”  I felt that same blurring feeling I had just felt a few months ago when I was told he was being diagnosed with autism.  This time though, it was a bigger feeling of relief.  Being diagnosed with autism actually opens so many doors for her.  It forces the schools to do the IEP that they have been dragging their feet on and help her teachers be able to know how to work with her better.  Diagnosed with autism, it now forces the insurance to approve therapy’s that will give her the comfort and skills she needs to thrive.  It truly will open up the world for her.

Labels shouldn’t mean so much, but they do.  Having that diagnosis has even changed how her sisters and both my husband and I  respond to her.  There’s just a better understanding.  This journey is just beginning.  Now have to adjust to life with not just four children, but having two of them diagnosed with autism.  I will update often as our journey continues, and will be sharing an article soon with autism symptoms in older girls.  Being diagnosed with autism is only the first step in the journey. 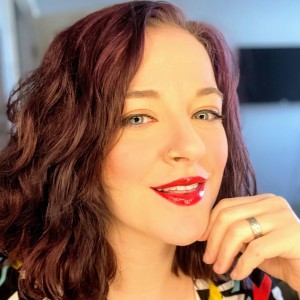 Alicia Trautwein is an autism parenting coach living in Missouri. She is the creator behind The Mom Kind, a website dedicated to parenting neurodiverse families.  She is featured in the "Amazing Moms" coffee table book by Hogan Hilling & Dr. Elise Ho.  She shares her expertise along with her experience in parenting children, both with and without autism.

5 Helpful Tips for Raising a Child With Autism

9 Tips for Traveling With a Special Needs Child

Autism and Coronavirus Quarantine – How to Manage the Daily Routine

Alicia Trautwein, the creator of The Mom Kind, is a writer and serial motivational speaker. Raised in Mississippi, she now lives in Saint Louis, Missouri with her husband and four children. On her blog, she shares the ups and downs of raising three autistic children while being on the autism spectrum herself. When she’s not working with her children or website, you can find her at church or curled up with a good book.

This site uses Akismet to reduce spam. Learn how your comment data is processed.